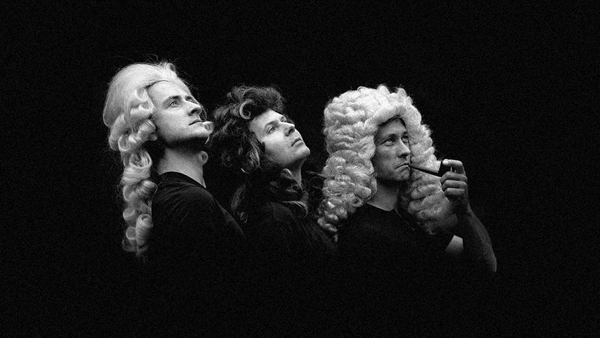 An exquisite comedy presenting a fictitious event – a meeting of two of the most outstanding composers of the Baroque at the Turin Hotel in Leipzig: Johann Sebastian Bach and George Frideric Handel. The organisation of the dinner is entrusted to Johann Christoph Schmidt, Handel’s butler and scribe, as well as an unfulfilled composer.

The convention of the performance brings the plot to contemporary times.

The play features music by Johann Sebastian Bach and George Frideric Handel, performed live thanks to casting a pianist in the role of Schmidt. This solution enabled the authors to avoid having to pretend that the actors are playing the instrument, which makes the play – which now combines elements of theatre and concert – a particularly attractive proposition.